I was very surprised but nonetheless excited to see that my blog has been nominated for the ‘Versatile Blogger’ award. Thank you for the nomination:  https://dailygee.wordpress.com/

1. Show the award on your blog.
2. Thank the person that has nominated you.
3. Share 7 different facts about yourself.
4. Nominate 15 blogs of your choice
5. Link your nominees & let them know of your nomination.

Here are my seven facts:

The blogs I nominate are:

Thank you for continuing to visit my blog! 🙂

I recently discovered that I will probably need glasses as I think I might have myopia (which means I am think I am probably short-sighted) as words, letters, numbers and other characters become harder for me to read the further away they get.

I was hoping to be able to go the majority of my life without glasses as my vision used to be what I considered perfect and, as a child, I could often see and perceive those things which others often could not.

However, on a recent driving lesson, (my first, which I will probably post about at a later date) it became apparent to me that I probably need glasses as I had difficulty reading a number plate on another car (I don’t know how far away that car was though) so I might not need them for driving specifically but, inarguably, I do or will need glasses sooner or later.

Although this comes as a disappointment, this is probably to be deserved as I haven’t been to my optician in about 11 years or so, and my eyes have not received frequent check ups or the care they need, which could explain why my eyesight seems to be so compromised despite having had near-perfect vision until a few years ago.

I suppose the moral of the story is this:  visit your optician/optometrist/ophthalmologist regularly.

Here is a list of books I want to read this year. I will be adding to this list throughout the year.

I will keep you up with how this list is going, making sure you are aware of which books I have read and adding books which are recommended to me. I also intend to write reviews for most or all of the books I read this year.

In this post I want to impress on my followers and/or any viewers of my blog the importance of learning a foreign language in the modern world.

Not only can learning a modern language be intellectually stimulating, it can also lead to a world of goodness for the learner. Imagine delaying the onset of dementia or being able to converse with people of different backgrounds with ease. Imagine being able to go on holiday without the fear of language barriers, especially in potentially life threatening situations.

Learning a language should be something that everyone attempts to achieve within their lifetime, even if only mastering the basics.

I don’t want to sound like a hypocrite – I won’t pretend to be fluent in any foreign languages, or even conversational, but I have noted the importance of acquiring proficient language skills, even if I don’t intend to pursue them academically in the future. Believe me, I would give almost anything tomorrow to wake up and find myself fluent in French, Spanish, German and Russian.

I am currently using websites (linked below) and books (which I have given the details of below) to aid me in learning the foreign languages I have mentioned above, which are really helpful and have found that I have had relative success using these methods, despite being deprived of time to do so.

Languages are beautiful and very helpful in succeeding in the world. Working at an international firm or heading a business, you could converse with a colleague abroad or someone you are making a deal with in their own language if they have difficulty with yours.

Learning a language has also shown positive signs neurologically. Studies have shown that people who learn a foreign language (especially in their younger years) develop any form of dementia later than usual, if at all.

I apologise if this post is perceived as pretentious and if you feel it is laced with hypocrisy.

http://www.bbc.co.uk/languages/spanish/mividaloca (this is, as the URL suggests, for learning Spanish)

The New Penguin Russian Course: A Complete Course for Beginners (designed to take the complete beginner to A Level standard)

Collins is a publishing company that provides dictionaries a learning guides for many different languages, not just the ones listed above.

Please comment below if you have used any of these, how you found them, and list any suggestions you have.

I read quite a few books during 2014 (not as many as I would’ve liked, admittedly) and I would like to share them with you, along with my thoughts on each of them.

3. The Silkworm, by Robert Galbraith (the pseudonym of J.K. Rowling)

The sequel to the highly successful ‘The Cuckoo’s Calling’, which hit the headlines about halfway through 2013 due to it being the work of acclaimed Harry Potter author J.K. Rowling, released under the pseudonym Robert Galbraith.

This novel is set a few months after the conclusion of the first, and the main character, Cormoran Strike, a private detective, is inundated with rich clients, many of whom have petty cases (e.g. they suspect their husband has been having an affair).

One day, a woman by the name of Leonora Quine walks into Strike’s office and tells him that her husband Owen, a published novelist, has been missing for a few days, and insists he investigates the case. It soon becomes clear that this is not one of his getaway trips and he continues investigating. Strike soon finds out that Quine had recently finished writing a novel which badmouths almost everyone in his life, leading to a pool of suspects, from his wife to his mistress, his rival to his editor.

This book deals not only with criminal investigations but with personal relationships, and confronts the relationship between Strike’s personal assistant come protégé and her fiancée Matthew, who dislikes Strike and harbours disrespect for his profession. In this book, Strike and Matthew meet properly and the animosity between them is instantly recognisable, with Matthew making snide remarks about Strike while he is away from the table.

Meanwhile, on the case, Strike has been led to a house that Owen Quine inherited years previously from a friend who died from AIDS. Here, he finds the corpse of Quine, and discovers that his intestinal tract has been removed, both emulating the way by which a character in his book was killed and inciting the Metropolitan Police to arrest his wife, who used to work as a butcher and thus has a relatively good knowledge of how to cleanly remove an intestinal tract.

The book is well written and includes surprises and suspense, and is great for building upon the main characters from the first book. I hope and cannot wait for the third book in this compelling detective series.

2. The Girl Who Saved the King of Sweden, by Jonas Jonasson

The second publication by Jonas Jonasson, a Swedish author, this book starts of in a deprived area of Africa, detailing the childhood of a girl called Nombeko, an illiterate girl who is a young mathematical prodigy. This humorous novel is viewed from many perspectives and looks at theft, hating monarchy, potato farming, and relationships.

1. I Am Pilgrim, by Terry Hayes

My favourite book of the year by far is I Am Pilgrim, a thrilling spy novel by Terry Hayes. Set over the last couple of decades, it covers the life of a boy who grew up to become an incredibly intelligent individual and one of the most extraordinary intelligence agents to ever live. Quickly rising through the ranks at The Division, a covert intelligence agency within the United States, Scott Murdoch, adopted as a child by wealthy adoptive parents, becomes the Director of The Division, known as ‘The Rider of the Blue’. After a mission in Eastern Asia, Murdoch steps down and The Division is disbanded. Murdoch releases a book under the name of a recently deceased FBI agent, and essentially retires to Paris. Before long, he has been tracked down by an NYPD detective who became obsessed with his book and the author who wrote it (whom, he claims to have known, was to brilliant to have been an FBI agent) and tracks him down in Paris. Fearing that his cover has been blown, Murdoch attempts to escape but is ‘caught’ by the NYPD detective, Ben Bradley. Returning to New York so that he can cover his tracks and erase all aspects of his previous identity, he discovers that Bradley was involved in saving a man in a wheelchair in one of the World Trade Centre buildings during the events of 9/11 by carrying him down numerous flights of stairs. Upon discovering this, Murdoch agrees to speak at a seminar Bradley is hosting for forensic specialists around the world. Here he is tracked down by men working within the intelligence services of the United States and is taken to meet someone high up within National Security. Here he is told that remains were found in Afghanistan and that three people had died from being injected with a deadly virus by a man who is a Muslim extremist. This book follows both Murdoch and the Muslim extremist throughout their paths from childhood to adulthood, detailing the events of their lives that have led them to become the men they are today.

This book is truly fabulous and one for which I am yet to find another book which is similar. A great book for advanced readers who used to enjoy the Alex Rider series (as I did!) or any other detective/spy novels written for youngsters.

Hello to anyone that follows.

I have decided to start a blog as a way to interact with people that have the same interests as me. I am also hoping that this way I will be able to give and receive recommendations for book and films, etc. based on any I’ve/you’ve already watched/read etc. and enjoyed.

Thanks for viewing my blog. 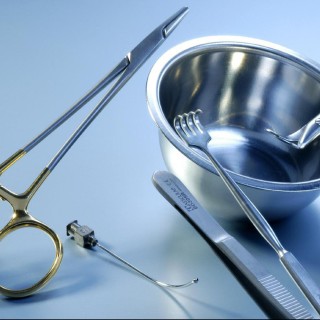